As is so often the case, parliamentary select committees are much more honest and sensible than the government, even though they have a majority of Conservative members. The latest report about asylum from the Home Affairs Committee mirrors what Liberal Democrat MPs have been saying for months. Again, it seems that government policy is aimed at appeasing right-wing Conservative party members and ill-informed readers of certain newspapers rather than doing what is morally right.

The report finds that efforts by the Government to find a single, low-cost, solution to close off this route of entry are unrealistic and will not succeed. Threats of being put on a flight to Rwanda with no chance of return to the UK have so far failed to stop people making the extremely dangerous journey across the Channel. Their motivations, and their understanding of what will happen when they arrive in the UK, are also poorly understood and insufficient to inform good policy.

Safe and legal routes need to be established to support those with an asylum claim in coming to the UK without the need to use criminal gangs to get there. ** The Government should also explore setting up UK asylum processing facilities in France, with the agreement of the French Government, so that claims can be assessed there. **

The Committee is particularly concerned that the Government is outsourcing its responsibility for ensuring the mental and physical safety of those seeking asylum to another country, at some cost to its international responsibilities and its reputation. **

Both Conservative leadership candidates have promised to push ahead with the plan to send hundreds of asylum seekers to Rwanda, which stalled last month after an intervention by the European court of human rights.

Truss and Sunak were accused by Amnesty International UK of "making promises and policy based on nothing more than what is thought to appeal to some Conservative party members". Steve Valdez-Symonds, the charity's refugee and migrant rights programme director, said "It is dreadful that those who aspire to lead are showing no capacity for leadership, which requires focus on what is possible, necessary and lawful. Instead, they are setting out on the same dismal course of blaming people fleeing persecution, lawyers and courts for all the ills that our politicians continue to heap upon everyone, rather than taking responsibility for making our asylum system work fairly and efficiently."

Some inconvenient facts: In the twelve months to March 2020, approximately 715,000 people migrated to the United Kingdom, with 403,000 people emigrating, resulting in a net migration figure of 313,000 people. Of the people coming in, 122k had work visas, 257k, had study visas. Asylum applications totalled 27k.

12,968 initial decisions were made on asylum applications, and just under half (48%) of these were grants of asylum, humanitarian protection or alternative forms of leave (such as discretionary leave or UASC leave). In 2020, enforced returns from the UK decreased to 3,327, the lowest number since in the timeseries began in 2004.

The pattern showing which countries accept most asylum seekers has remained broadly the same for many years. 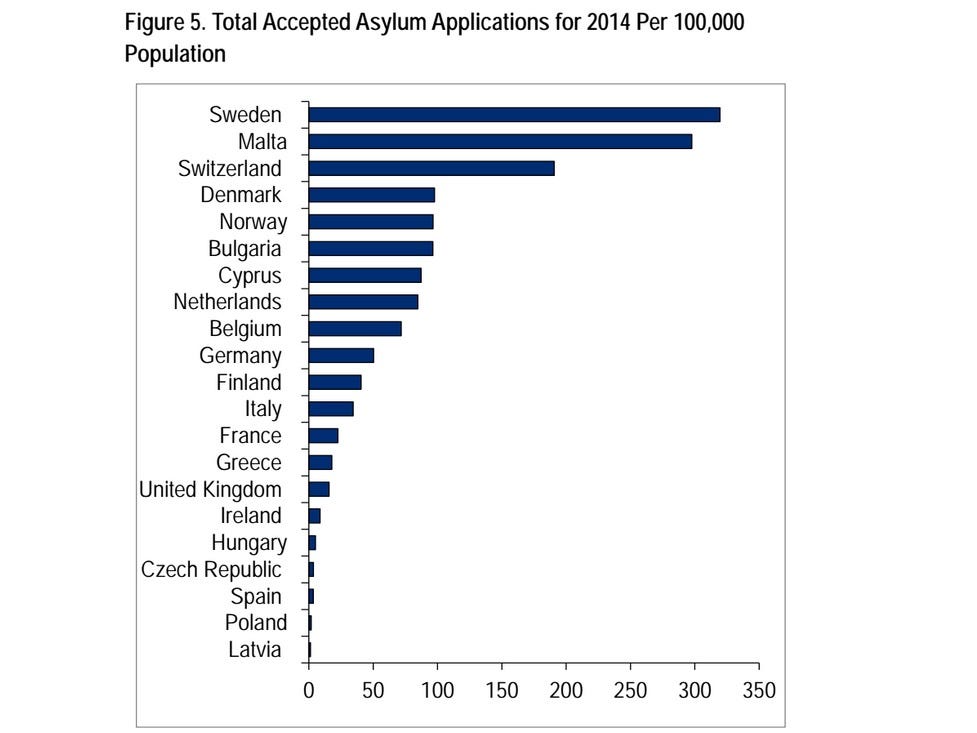